Kia ora and Welcome!
This is very much a work in progress and a learning process for its author.  Here you will find some of my hymns, several are from the book With Heart and Voice published in 2004 (currently out of print) but some  have been written more recently and appear with accompanying music in With A Song In Our Heart published in 2019.  Copies of the latter publication are available and can be purchased by contacting me by email at nebrookes@xtra.co.nz.   In addition you will find the occasional sermon, articles on current topics, and from time to time a Worship Service outline.

Background
Norman was born in Dublin, Ireland. He emigrated as a ten year old to New Zealand with his parents and family. He attended Sumner primary school in Christchurch, and then Linwood High (now College) and Canterbury University. He was active in the Sumner Methodist Church as a teenager. Attended Easter Camps at Amberley where Christ touched his life. Lived and worked in Melbourne for a year in his late teens. He then worked for his father in the clothing manufacturing industry for several years before candidating for the Methodist Ministry.

Norman has served in parishes/circuits in Christchurch, New Zealand, Inishowen in County Donegal in Ireland, Cheltenham in Gloucestershire, Remuera and Papakura in Auckland, Bendigo in Victoria, Australia, and the Lisbellaw, Maguiresbridge and Tempo Circuit outside Enniskillen in Northern Ireland. For eleven years Norman was the Superintendent of the Methodist Church of New Zealand’s Development Division (Home Mission dept.). He has been President of the Methodist Church of New Zealand.

Norman is the author of Methodism at the Crossroads (1993) based on research into attitudes and beliefs of New Zealand Methodists. He is also co-author with Jan Chamberlin of a book of hymns With Heart and Voice (2004). These hymns are mostly set to well known tunes. More recently Norman has worked with two colleagues, Norman Goreham and Jeremy Whimster, in the production of a second hymnbook with the title With A Song In Our Heart.  This latter work contains over forty hymns of which Norman Brookes wrote approximately half.   The book was published in 2019 and is currently available.

Until January 2014 Norman was the Regional Superintendent for the Manukau, Auckland and Northland Synods in the Methodist Church of New Zealand.   He is currently taking the opportunity to spend more time with his grandchildren, to re-engage with CLSNZ, write some more hymns, and pursue other interests. 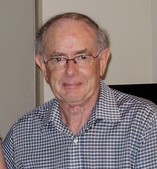 The Brookes Family
Norman is married to Margaret, who comes from Melbourne.   Margaret is a retired microbiologist who was most recently involved in quality assurance in a health supplements manufacturing firm.   Margaret and Norman met at the Presbyterian Camp at Belgrave Heights outside Melbourne.   They have served the Methodist Church in New Zealand, England, Ireland, and also in the Uniting Church in Australia.   Currently Margaret is an active member and Parish Steward of the Papatoetoe Methodist Church in Auckland.
Norman and Margaret have two sons and enjoy spending time with their five lively grandchildren.

During the decade leading up to 2004 Norman was the Convener of the Church Life Survey in New Zealand (CLSNZ). Up to 1400 churches and some 70,000 people took part in the 1997 survey and data was provided to the congregations on their life, beliefs, and attitudes to a range of issues. This exercise was repeated in 2001.

Several booklets were written as a result of this exercise, these include, Lifting the Lid, Initial Impressions, Impact, and Sexuality and Life Issues. The New Zealand team also shared with the Australian team in the production of larger studies, namely, Shaping a Future (which includes Lift the Lid on the New Zealand Church"(OpenBook 1998).

Insights based on the findings of the 1997 and 2001 suveys, and the resulting publications will be shared on this site from time to time but for futher details see the website clsnz.com

Norman retired from CLSNZ when he moved to Ireland in 2004 to engage in ministry in the Irish Methodist Church but has recently rejoined the workgroup.   It is good to see that CLSNZ continues to provide a service to the New Zealand Churches.